Meet the players 2011-12 - was held the evening before the Fulham match.  Our thanks to Terry Connor for allowing this to go ahead and to Steve Weaver, the other staff, and of course the Wolves players for taking part.   Thanks to Carol and Robert for these pictures.

Stef opened the meet by thanking the Players and the coaching staff for their time and also thanked Mick McCarthy for all that he had done on the last 5 and a half years.  Terry was on a scouting mission on Blackburn ready for next weekend and sent his apologies.

Robert encountered some Welsh legends in the bar 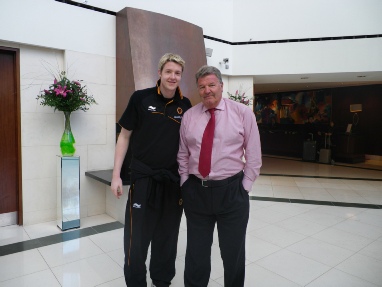