And Manager of both Cardiff and Walsall 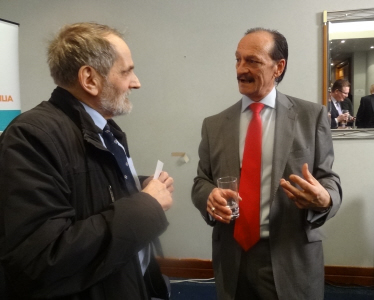 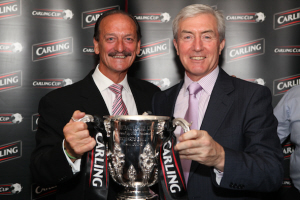 First Wolves goal: Versus Chelsea away, League, on September 12, 1970

Last Wolves goal: Versus Rotherham away, League, on April 9, 1983

His ultimate golden day: Opening the scoring in the 1974 League Cup final – presumably beats scoring four against a Newcastle side containing his brother Terry!

Inducted into the Wolves Hall of Fame in 2011

Manager Ronnie Allen’s last signing before being sacked was to bring a teenage Hibbitt from cash-strapped Bradford Park Avenue.

He could not have given the club a better parting gift as the midfielder would serve the club superbly for a decade and a half. During that time, his tenacity and passing ability in midfield ought to have brought him international honours. He could score goals, too, and was deadly from the penalty spot, never more so than in 1974–5 when he hit home nine penalties, helping to make him the club’s top scorer with 17 goals. Hibbitt grabbed all four when Newcastle were beaten 4–2 at Molineux that season. He hit the opening goal when Wolves beat Manchester City 2–1 at Wembley to win the Football League Cup in 1974 and was still in the side when the trophy was won again in 1980 after a win over Nottingham Forest in the final. When he returned for a game at Molineux as assistant manager to Bristol Rovers he was given a standing ovation which summed up what the fans thought of him.

International caps: 1 for England under-23