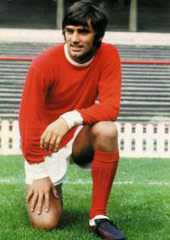 Why have a page dedicated to a Northern Ireland and Manchester legend on a Wolves site.  Well, Besty was a Wolves fan and eventually wore gold and black in a testimonial for Mike Bailey

Molineux paid tribute to the UK’s most exciting forward with a minute of applause and singing of “There’s only one Georgie Best” prior to the home game against Southampton on 26th November 2005, the day after George died.

London Wolves expresses sympathy to his family and gives thanks for his unmatched skills. Dave Slape adds to the history - George himself said he was a Wolves fan from watching them on tv when he was 8 years old.  On 18th October 1976 he pulled on the Gold shirt and scored twice for Wolves against the Baggies.  Willie Carr got the other in Mike Bailey’s testimonial in front of 19,733. Also in Gold that day - Bobby Moore.

and from a Baggies fan(!) a matchday ticket from 76 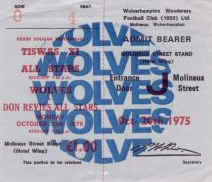 and here, in this picture  is Derek Dougan acting as a pallbearer together with Billy Bingham and George Armstrong.  Doog’s quote was 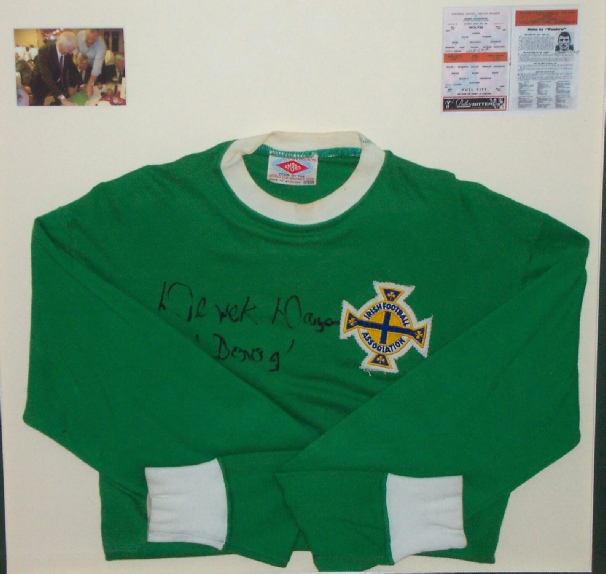 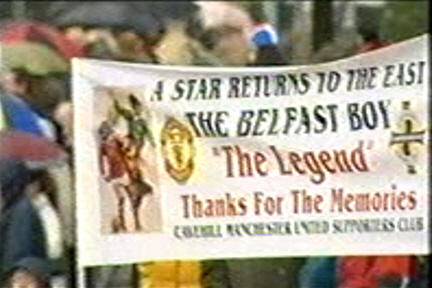 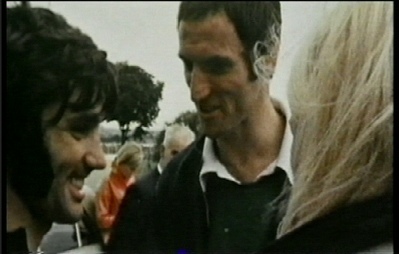