Entertainments Secretary Roy Eagles (together with Ruth) organised our first (to be annual) Christmas lunch in the City Bar to follow the 2-0 win over Burnley.   39 WWLSC members attended - some were badly hit by the snows, including Chairman Earl, but we were greeted by Deputy Chairman Stef Leonard, and WWLSC President John Richards who graced us with his presence with Pam.  Our other guests included Steve Daley, Phl “Lofty” Parkes, Dean Edwards, and Ian “Sludge” Lees.  Rou and Ruth organised a great raffle which raised over £190 towards the London Wolves 45th Anniversary Dinner at The Valley, Charlton.

JR with George and Stef with Pam and Jack 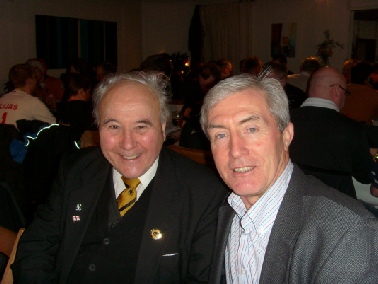 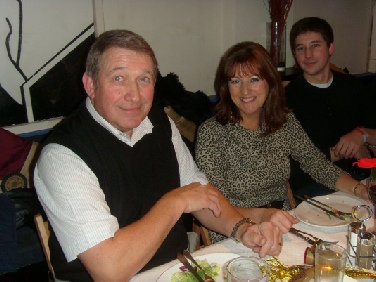 and here’s PSP with an unusual Pint - a pint of fivers!

The party’s over and the hard working organisers leave.  “It’s alright, love, you just carry the big boxes...” said Roy 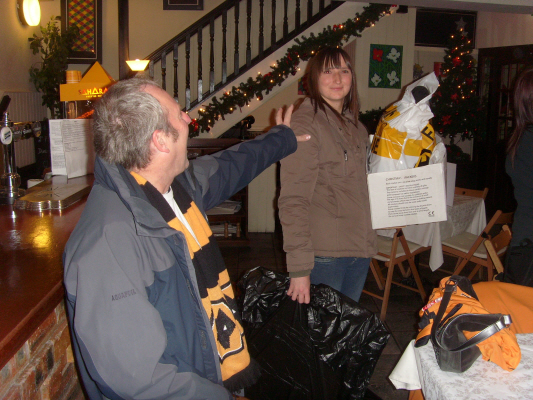