Wolves suffered badly in 2002 when a 12 point lead in March evaporated, the Baggies were promoted, and the third place led to a play-off defeat.   One year on and we struggled a bit more but finished the season on form beating Reading in the semi finals, thanks to a brilliant strike by Alex Rae. 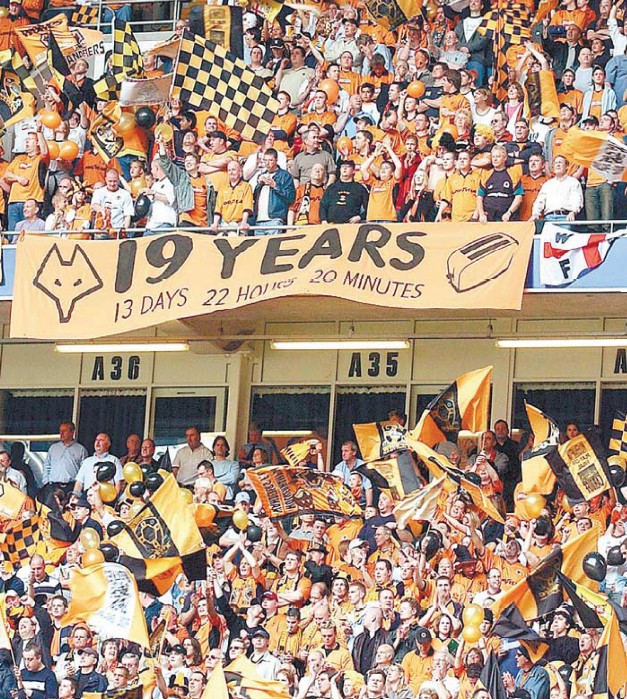 On a sunny day in Cardiff Wolves swept to a 3-0 win over Sheffield United, with a brilliant penalty save early in the second half from Matt Murray contributing to that clean sheet (although an even better save was served up to prevent Paul Ince’s first ever own goal)