The 2004-5 Championship season started full of promise. Our fight against relegation and the strength of the squad had made us preseason promotion favourites.

On the pitch though, t 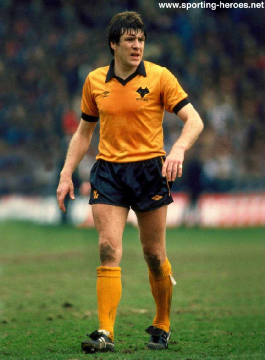 he season rocked before we even started.  Henri Camara, whose pace should destroy Championship defences went on strike, refused to play, and was loaned out to Celtic, while  our other main hope, the impressive Romanian International, Via Ganea damaged his cruciates on the preseason tour and was out for the season.  George Ndah managed half a match at Northampton before breaking down again.  So the strike force is transfer listed Kenny Miller, eventually top scorer, and young Leon Clarke, who steps up admirably and an injured Carl Cort.  Midfield is boosted by the signing of Seyi (=”Shay”)George Olofinjana from Brann, although Monaco nearly took him, Rob Edwards from Villa and Joachim Bjorklund from Sunderland.  But the star signing came late in August with World Cup Soith Korean Ki-Hyeon Seol from Anderlecht.

August - In the relegation zone - a first match defeat against eventual playoff semi-finalists Stoke City was a shock to the system and we started in 22nd, ending the month in 20th.  This was not what we were expecting! A Wednesday night match against Preston and we were to be reeling as they went 2 up. Nayls was on the bench for the first time in recent memory.  But Etuhu stupidly grabbed Kenny and the red card gave us new hope.  Young Leon Clarke got us back into it from the 6 yard line before Kenny’s Goal of the Season equaliser.  (Newts started it deep in his own half, forward, passed to Olofinjana as Newts continues his run.  Seyi George lays it into Newts path just inside our half.  Newts runs right to left, four touches in his dribble and the fifth is off the side of his right boot perfectly laid into Kenny’s run across the edge of the box.  he shoots from the edge of the D high into the centre of the net)

September - A stirring start against surprise team Wigan with a 3-3 draw. With 2 goals and one penalty miss Kenny Miller is man of the match.  Two away wins at Brighton and early challengers  Plymouth is wiped out by a home defeat by Cardiff who were ably assisted by awful refereeing - a match where Goalkeeper Paul Jones was serenaded as Wales number 1 by the Cardiff supporters, and his last match in the Wolves goal after the soft exit to Burnley in the Carling Cup.

October - Starts even worse with Sherringham punishing a rare lapse by Joleon followed by a televised defeat by eventually relegated Forest.  And Cooper finallly breaks a 12 missed penalty sequence. Home wins at last against Derby and QPR in the pouring rain are offset by an appalling away defeat at Gilllingham against 10 men.  The worst match many WWLSC members can ever remember.

November - Dave Jones sacked - the Gills result being the straw that broke the camel’s back.  DJ profile here.  Stuart Gray takes over temporarily and results improve beating Forest and then Rotherham, but Coventry come to Molineux and take all the points. A 3-3 draw at the Blades is followed by a 4-1 home win over Reading. One of the reasons given why players wouldn’t join us in the Premiership was the awful facilities at the training ground at Compton.  The week DJ is sacked was chosed as the time to unveil the new £3.5m faclility here.  Later this month we learned of Emlyn’s death, who came to Wolves to win the League Cup in 1980.

December - Glenn Hoddle arrives - five weeks of speculation, and Stuart Gray trying to apply for the job on tv sees the ex-England manager take on a six month contract - Glenn Hoddle profile.  He is introduced to the fans before the abject performance against Millwall.  And now he can see what they’re like.

Then the start of an astonishing run - 5 draws, one league defeat at soon-to-be-promoted Wigan then 18 without defeat finishing with three wins.  So beaten once in 24 in the League and by Premiership runners up and eventual  winners Arsenal in the FA Cup

January brings a win over Millwall in the Cup and then revenge over West Ham and Millwall.  And we finish the month in style at Highbury, beaten 2-0 but much closer than anyone could have expected. The sight we’d all wanted - Matt Murray in goal - comes too.  But he lasts just two matches - both wins and the team and the crowd lifted before he breaks the bone in his foot again.  And another death - Jack Harris, after whom the South Bank is named, passes away.

February brings 4 draws to really start the beginning of the end of any hopes of reaching the playoffs - wand we’re between 15th and 18th.  We could really have done with a Superman on the pitch (see Marathon Superman for explanation)

March, at last wins against Crewe and Burnley and the dizzy heights of 13th. Off the pitch another sad death, that of the manager who reawoke the Wolves in the 70s, Bill McGarry.  Highlight of the month though is at the under 17 level, with the youth team doing well in the FA Cup and Mark Davies captaining England U17 to a 3-0 win over Northern Ireland at Molineux. March also saw the departure from Molineux of our sponsored player, Shaun Newton, who joined West Ham for a nominal sum (to be upgraded if West Ham win promotion).  Newts joined us from Charlton Athletic having helped them to promotion.  He gained promotion to the Premiership with Wolves and is off to Cardiff with West Ham for the playoff final.  WWLSC now sponsor Rohan Ricketts. Dean Sturridge also left for QPR.

April sees an outstanding performance by the U17s against Southampton in the FA Youth Cup Semi-finals.  1-0 in the first leg against the favourites we come back at home to win 3-2.  The aggregate 3-3 though leads to penalties and we go out.  The first team manage 2 more draws, but then, live on Sky we have the best 45 minutes of the season against promotion contenders Ipswich Town, winning 2-0 with a great early goal from Mickey (Cameron) and his assist for Carl Cort to get the second (pictured).For the first time this season we are in the top half of the table! London Wolves hold their “Meet the Players” at the team hotel (pix  here) prior to the 2-1 (with a great goal from Young Player of the Year Leon Clarke and a terrfici run and shot from Rohan Ricketts) win away at the Madejski ruins Reading’s promotion hopes. Then back home for the last match of the season and thrash the Blades 4-2 - creating that amazing record and finishing off with three wins, 66 points, 9th in the Championship but 7 points off a play off place, and 21 off automatic promotion.  Sunderland, the Champions, finish on 94 points.

And another highlight on the day after the Baggies preserve their Premiership place and the Saints come to join us - Glenn Hoddle signs a 12 month rolling contract (16th May).

So congratulations to Joleon Lescott, London Wolves player of the season for the second time,