Wolves won the third tier after two successive relegations.  Alhtough a tight fight in 2013, Wolves surged to a lead after defeating subsequently promoted rivals Brentford 3-0 at Griffin Park Feburary and remained top until the end.

In the final match versus Carlisle Carl Ikeme kept Wolves’ 25th clean sheet of the season, one of six club records to be broken along with most points, consecutive wins, most overall wins, most away wins, and least away goals conceded... as well as setting an all time points and clean sheets record for League One at 103 and 25. 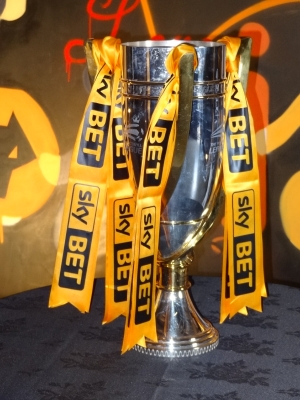 One late test was against eventual thrid place Leyton Orient who were most welcoming, and to member Tommy Turner, the Wolves Mascot for the day, seen here with Captain Sam Ricketts for the 1-3 win 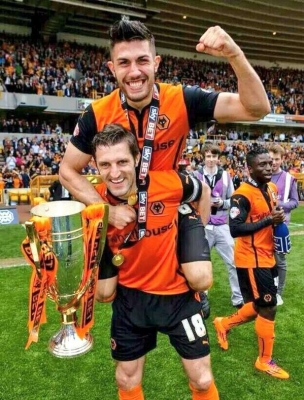 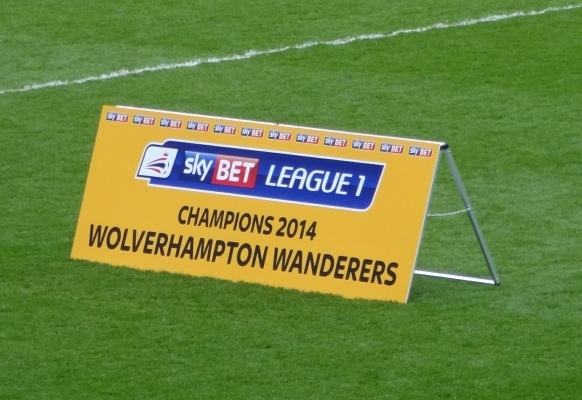 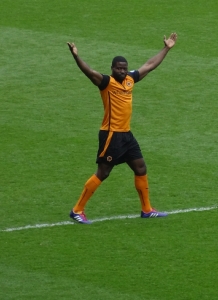 For April and May  match details please return to the main site here http://www.londonwolves.com/aprmay14.html