The End-of-Season party followed the last Premiership game for a while against Tottenham and our very own Robbie Keane. Here Players’ Evening - End of Season party- June 2004 - Bye to the Prem

Second, at the end of season party / Players’ evening in Wolverhampton following the Tottenham match, the true Wolves Player of the Season was presented with our award by Chairman Stuart Earl.... Alex Rae, also scorer of Wolves only Premiership Goal of the month, was serenaded with a chorus of “he’s got no hair but we don’t care, Alex, Alex Rae”.  We wished Alex every success as he moves to Glasgow Rangers

The entire Club was also overwhelmed by the outstanding buffet provided by Tracy and Ryan Nelson and Lynne and Alan (Nobby) Blount. 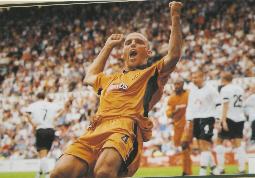 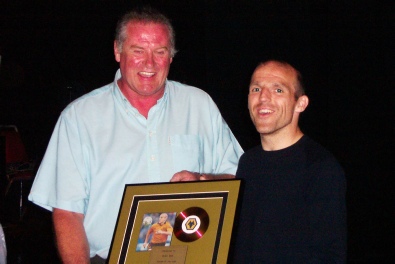 Please note this is a Route 39 not a London Wolves event - but we are supporting it strongly because of its support for Compton Hospice Pictures from Carol.  She writes:

Here are some photos that I took at the League Cup Reunion Dinner in aid of Compton Hospice, that was held at the Copthorne Hotel, Brierley Hill on Friday 16th March.

The proceedings were opened by our compere for the night Paul Franks, who works for Radio WM. He introduced the guests of honor - Kenny Hibbitt, John Richards and Andy Gray and the other ex-players who attended; Phil 'Lofty' Parkes, Geoff Palmer, Dave 'Waggy' Wagstaffe, Colin Brazier, Mel Eves, John McAlle, Willie Carr and Barry Powell. During the evening John, Kenny and Andy spoke of their time at Wolves and about how they felt when they won the League Cup. The evening also included a raffle, auction and a 'silent auction' that had some excellent prizes plus an enjoyable comedian, Bob Webb. The night finished nice and early - 1am and a good time was had by all. Breakfast was a short stroll over the footbridge to The Waterfront Inn, the local Wetherspoons.

Graham is the only person who was a Wolves fan when young, a Wolves player, and a Wolves manager.  To add to his uniqueness he also took Wolves into the top flight in 1983-4 in the Doog led rescue - a feat which took another 18 years etc to emulate under Dave Jones.  Graham persuaded Graham Turner to help him at the dinner, as well as an earlier one at Shrewsbury,  raising thousands for the Deanesly Oncology Centre at New Cross Hospital and for the cancer unit at the Royal Shrewsbury Hospital.

Graham was very moved to have received a donation from Iggy Cartwright, for whom the Doog ran a fundraising dinner shortly before Doog died.  2012 is the 50th anniversary of a young Wolves fan signing on as a player for Wolves.  He was asked how to manage certain players - “you had to make sure Derek thought he was right”! So, in 1982 he took over the team he loved, bought 3 players including Budgie - John Burridge who asked to appear before the match after gaining promotion in fancy dress!  Graham had 11 managers in 12 years as a player at Wolves, then PNE, Blackburn and Port Vale.   Graham, of course, played in our first London Wolves match against Plymouth back in 1966 and was one of our guests at the 40th Anniversary Dinner.

He was delighted that Graham Turner had agreed to help with both dinners - for no fee” and Graham (T) talked about how he had taken over after being sacked by Ellis at the Villa.  His highlights at Wolves were the Sherpa Van Trophy (and 200,000 fans turning out to welcome the team back to Wolverhampton) as well as the 4th to the Championship wins.  He also singled out DDCWWFCSC and London Wolves (“we used to go drinking with them after matches”) as special memories.  Credited for saving the Wolves, Graham received a wonderful reception.  However, a loss to Pompey, a dressing room dressing down by the hapless Jonathan Heywood and Graham went  to resurrect Hereford where he “worked for the best chairman ever - think about it” and is now doing the same at the Shrews - denied promotion only by an incompetent linesman.

Wolves have posted a report on line at http://www.wolves.co.uk/news/article/stars-turn-out-for-former-boss-121012-423847.aspx?pageView=full  a As well as GT, Graham’s evening was hosted by the now fit-again Terry Conroy, a great friend of the Doog;s but who suffered an aneurism last year - but it doesn’t seem to slowed his wit one bit.  Comedy from Terry was welcome and so was Sludge Lees with his newer act (write the jokes down!!) with no need for bad language he said.

Auctions, including England shirts - one won by Roy’s Newtown friends, and a Wayne Roonery boot and many other items as well as a silent auction run of course by Route 39 raised thousands.

Also attending were real heroes of the 1974 League Cup final....Goalkeeper Gary Pierce, in for the injured Phil Parkes (then on £25 a week plus a fiver if he played and kept a clean sheet!) made so many excellent saves to be the real man of the match.  And John McAlle, who made more appearances than any other player in the 73-74 season. If you haven’t bought the video do so! Stef Leonard auctioned three copies at the event.

Two of the most popular members of London Wolves were recognised for their outstanding work for the club - Dave Slape and Peter Woodifield - who were presented with tankards. 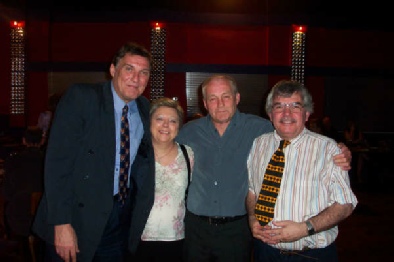 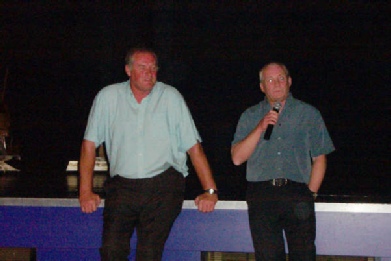 Also at the meeting were our outstanding goalie  Phil Parkes (the real one) and Terry Wharton and Jean, his wife.   Here’s London Wolves member Robert looking on on what must have been a cracker of a joke, before they posed, and Terry addressing the meeting with Stuart. 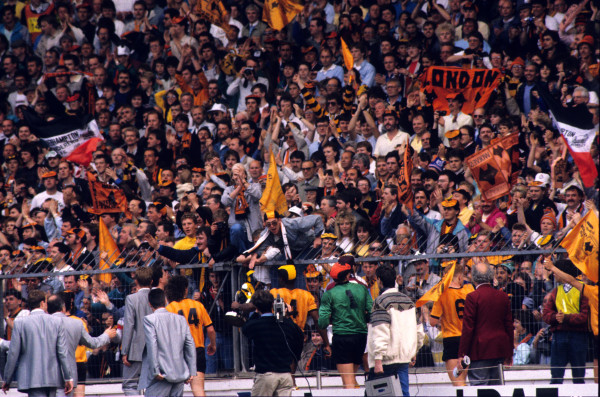