At the 2009-10 Meet the Players Chairman Earl presented Kevin Doyle with his player of the season trophy, with Club 100416 WWLSC POTY Kevin Doyle-sCaptain Jody Craddock in second place and Captain Karl Henry in third.   A great turnout with 60 plus members and the entire first team squad for the Fulham match plus the coaches.   Our sincere thanks to Mick McCarthy for again allowing this memorable event to take place.  Thank you too to the entire squad who were so friendly, especially to the younger members present... some walking away with their shirts full of autographs - they’re promising to wear the shirts to school! 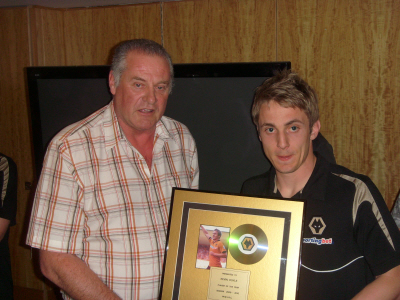 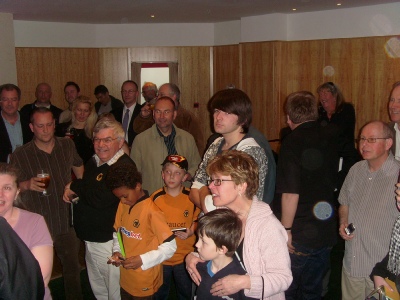