after 19 years 13 days 22hours and 20 minutes - Wolves are back in the top flight.  And we finally get some silverware for the cabinet in Molineux 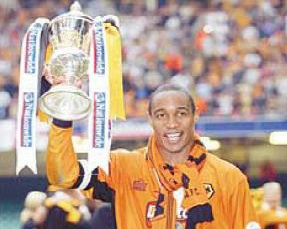 Only six minutes gone ....and this happens: (just click on the picture of Mark Kennedy (“Sparky”) 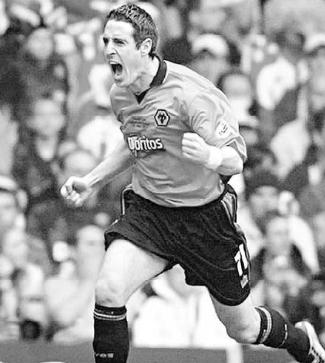 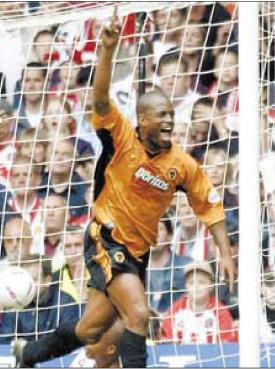 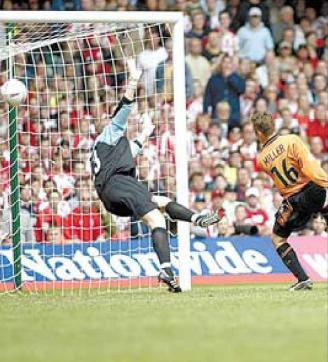 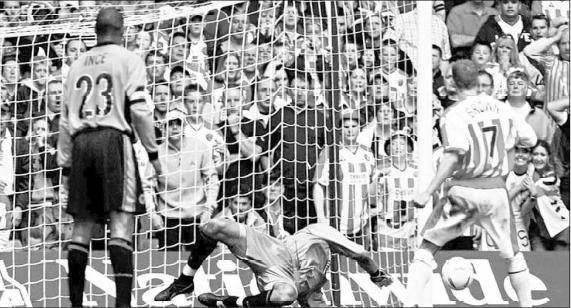 And Dave Jones the manager 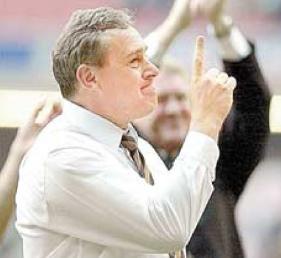 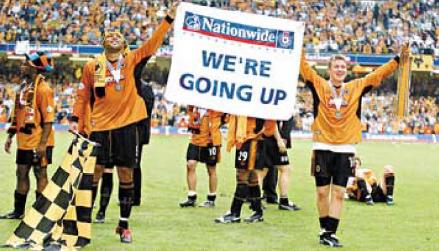 WOLVES STATS ROUTE TO THE PREMIERSHIP